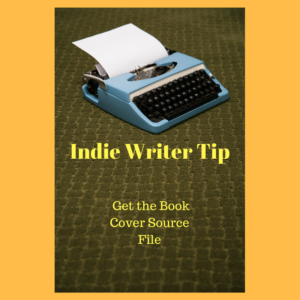 When I published my first book “Just Dreams” and my second book “Dreams Deferred,” I was completely new to the world of self-publishing. I didn't know as much then as I do now, so I had my boyfriend design my book covers. We collaborated on the designs and had great fun creating them. Unfortunately, those book covers weren't as appealing to my readers and weren't typical to the romance genre so they didn't help sell many books.

Based on the Self Publishing Podcast's recommendations (and their hilarious ad reads), I hired a book cover designer from a company called 99 Designs last year and changed the book cover on “Just Dreams.” I also beefed up the book description on Amazon and worked on getting more reviews. That attracted the attention of Bookbub who selected “Just Dreams” for a book promotion last year. That, in turn, led to more sales of the book.

In an effort to save a few bucks, I got a new book cover for “Dreams Deferred” on Fiverr.com. The cover designer did a good job. I was happy with the work, but I made two fatal mistakes: (1) I didn't buy the e-book cover source file, and, (2) I didn't ask her to design the paperback and audiobook covers for the book.

Why, you might ask, is this such a big deal? Well, let me tell you. I'm having “Dreams Deferred” made into an audiobook. I hired a voice actress through ACX (an Amazon related company that matches voice actors with publishers and helps authors produce audiobooks) to record the audiobook. She finished recording the audiobook last week and sent me the files for final approval.

ACX wants you to upload the audiobook cover art before finally approving the recording files. I thought I already had an audiobook cover for “Dreams Deferred,” but quickly realized that I did not.

I tried to get a cover designer on Fiverr that I had used before to create an audiobook cover from the .jpg file I had for the “Dreams Deferred” e-book cover. She told me she needed the source file to keep the scaling and other spatial parameters correct. I found the original cover designer and asked her for the source file. She told me that it was lost forever when her former laptop died. Apparently, she doesn't believe in backing her work up.

I didn't know what to do. I was in a quandary. The voice actress was waiting on me to approve the recording (although she was extremely nice and patient about it). ACX was waiting on me to upload the cover art. I had a few choices. I could have someone design a completely new cover which I would then have to put on the e-book, the paperback and the audiobook for consistency (this was the more expensive option) or I could find the stock photo of the couple on the cover of “Dreams Deferred” and have someone design a similar cover for the audiobook. I ended up going with the latter choice.

I've published a few new books since “Dreams Deferred” (some under a different pen name) and fell into the practice of having the e-book, paperback and audiobook covers created at the same time by the same cover designer. Had I done that with “Dreams Deferred” from the start or if I would have at least bought the source file for the book cover, i would have saved myself a lot of grief and aggravation last week. Lesson learned.

All's well that ends well. The audiobook cover is done, the cover art has been uploaded to ACX, the recording files have been approved (Suzie Althens – the voice actress – did an amazing job), and the book will be out in two weeks.