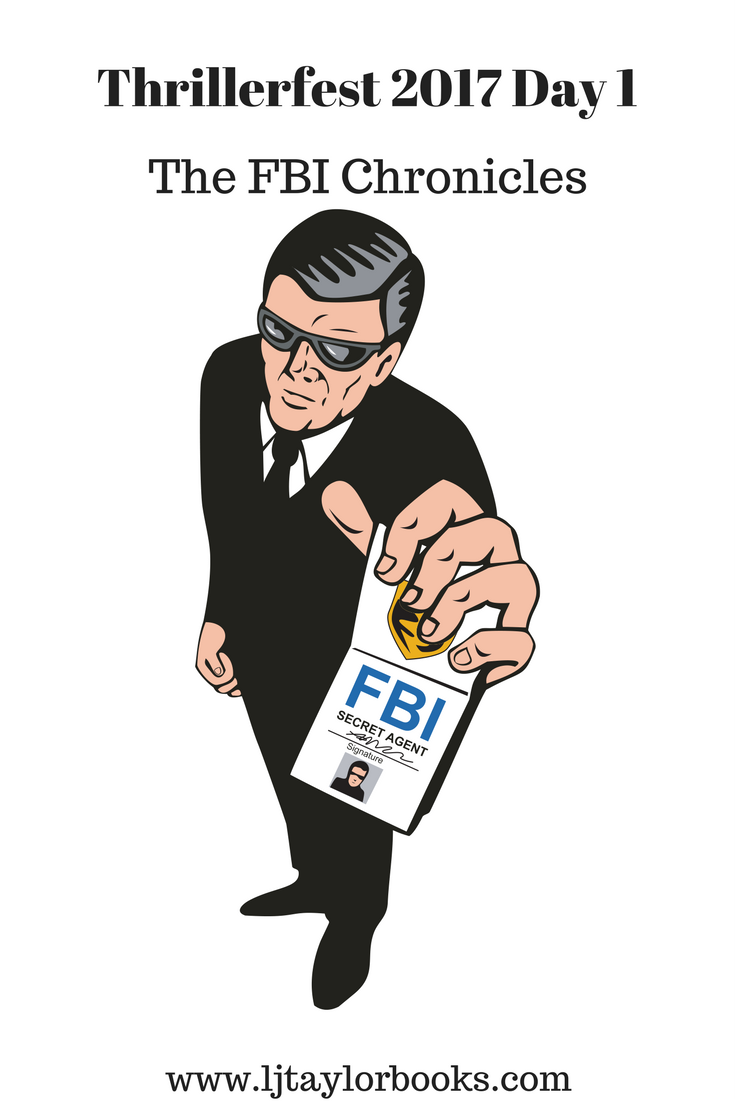 This week, I'm in New York City attending Thrillerfest 2017.  As usual, the conference is taking place at the Grand Central Hyatt in Midtown Manhattan.

This is the third or so time that I've attended Thrillerfest, but it's the first time I attended the FBI seminar.  The program is held every year by the FBI in conjunction with Thrillerfest to educate thriller writers  in the hopes that the agency is portrayed in a more realistic light in books, film and television.

The seminar took place at the FBI's New York Headquarters. Security for the program was expectedly tight and included background checks on attendees and escorts the entire time we were there.  Although the program was scheduled to begin at 9:30a.m., we were instructed to arrive between 8:30a.m. and 9:00a.m. so that we could clear security.

The program was held in a large classroom featuring a podium and a large screen.  At least 100 writers were in attendance.  Several forensic scientists and a public liaison made presentations and provided us with valuable information on everything from the resources made available to writers and the public so that we could get the facts right in our work, to FBI procedures and some of the science pertaining to DNA testing, fingerprint analysis, and firearms testing.  We also learned how the science and the procedures changed over the years.

The program was interesting and informative.  My biggest takeaways included the sheer number of television shows, movies and books, fictional and nonfictional, that feature or otherwise involve the FBI, and the considerable amount of information and assistance the agency allocates to help insure that protrayals of the agency and its agents are realistic.

Some of us were hoping to also get information from the agents' perspectives (as opposed to the forensic scientists' perspectives) on everything from hostage negotiations to training and personnel rules, but no agents were in attendance at the seminar.

All in all, I'm glad that I got to attend the FBI seminar as the third book in my Brooks Sisters Dreams Series will feature Tyler Fox (an FBI agent and Charles' best friend in “Just Dreams”) and Mariah Brooks (Kathy and Ivy's butt-kicking middle sister) as the hero and heroine.

Stay tuned for more on my adventures at Thrillerfest.