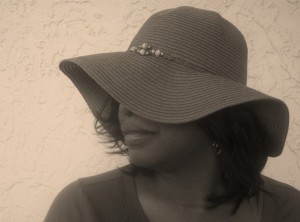 The oldest of six children, L.J. Taylor grew up in New York City. As a child, she escaped her noisy siblings by voraciously reading every book in her parents' collection and every romance novel she could check out of the public library. Her tastes later expanded to include classics, spy novels, and thrillers. Inspired by the stories she read, she began writing poetry and song lyrics and even tried to write a fantasy novel at the tender age of 13. She began writing novels as an adult during National November Writing Month in 2007 and has been chugging along ever since. When she's not writing, L.J. practices law in Miami, Florida.

After attending numerous writing conferences, taking dozens of writing seminars, writing four novels and working tirelessly to hone her craft, L.J. became a PRO member of Romance Writers of America. Weary of having her books rejected by top level agents who wrote nice letters but declined to represent her, she decided to become an Indie author and publisher. She released her debut novel – “Just Dreams” – on August 31, 2014. It's the first book in a romantic suspense series featuring the Brooks sisters. She hopes that you enjoy her stories and her journey to self-publication.